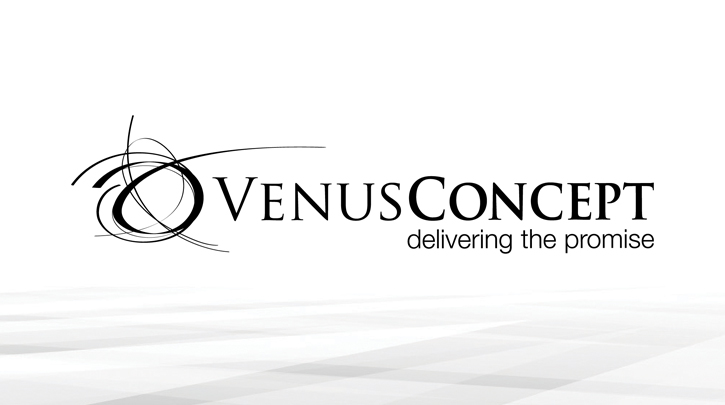 Following completion of the merger, Restoration Robotics changed its name to Venus Concept Inc. The combined company will commence trading on November 8, 2019 on The Nasdaq Global Market under the ticker symbol “VERO”.

“We are pleased to announce the closing of our merger with Restoration Robotics,” said Domenic Serafino, Chief Executive Officer of Venus Concept. “We have made significant progress in enhancing our financial condition with our recent financing activities. The outlook for Venus Concept is very positive and we believe the combined company is well positioned as a leading player in both the global minimally invasive/non-invasive medical aesthetics market and the minimally invasive surgical hair restoration market.”

Following the completion of the merger, Restoration Robotics moved its corporate headquarters to Toronto, Canada. The combined company operates under the leadership of Venus Concept’s management, including Domenic Serafino as Chief Executive Officer, Domenic Della Penna as Chief Financial Officer and Soren Maor Sinay as Chief Operating Officer. Scott Barry, affiliated with EW Healthcare Partners, will be Chairman of the Board of Directors of the combined company, which will include Mr. Serafino, Juliet Bakker affiliated with Longitude Capital Management, Garheng Kong affiliated with HealthQuest Capital, Louise Lacchin, Fritz LaPorte, Anthony Natale affiliated with Aperture Venture Partners, and Keith Sullivan and Frederic Moll, both directors of Restoration Robotics.

Venus Concept Ltd. is a private company and its shares were not publicly traded prior to the merger. Venus Concept Ltd. has not historically reported quarterly financial results. The financial information provided for Venus Concept Ltd. and Restoration Robotics third quarter results is preliminary and subject to change and actual reported results could differ from the results set forth herein.

“As a result of the protracted period between the announcement, and closing, of our merger with Restoration Robotics, the commercial performance of both organizations has been impacted by the deal overhang, hence the need to update the combined company 2019 revenue expectations,” said Domenic Serafino, Chairman and Chief Executive Officer of Venus Concept. “Nevertheless, Venus Concept revenue still grew 6% year-over-year for the first nine months of 2019 and we are confident in our ability to drive total revenue growth for the legacy Venus Concept business in the range of 5% to 8% in 2019.”

Mr. Serafino continued: “The Venus Concept growth expectation for 2019 does not fully reflect the opportunity for our Venus BlissTM, an innovative fat reduction solution which received 510(k) clearance in late-June. The timing of the Venus Bliss clearance was well ahead of our internal expectations and we have been working expeditiously to build the requisite capacity to meet the demand for this new product. We expect to begin our full commercial launch in the first quarter of 2020. We are excited to launch an offering in one of the fastest growing non-surgical, non-injectable, procedure categories in the medical aesthetics industry today. Despite the tempered combined company 2019 revenue outlook in today’s press release, post-closing, we continue to believe the combined company has an attractive growth profile and a multi-year profitability improvement opportunity.”

Restoration Robotics’ financial advisor for the transaction is SVB Leerink. Restoration Robotics' legal counsel is Latham & Watkins LLP and Yigal Arnon. Venus Concept’s legal counsel is Reed Smith LLP and Gornitzky and Co. The co-lead placement agents for the equity financing are Evercore and Oppenheimer & Co. and Northland Securities, Inc. is acting as a placement agent.

This communication contains “forward-looking” statements within the meaning of Section 27A of the Securities Act of 1933 and Section 21E of the Securities Exchange Act of 1934. These statements, as they relate to Venus Concept, including the expected revenue, operating results and other financial information, involve risks and uncertainties that may cause results to differ materially from those set forth in the statements. These statements are based on current plans, estimates and projections, and therefore, you are cautioned not to place undue reliance on them. No forward-looking statement can be guaranteed, and actual results may differ materially from those projected. Venus Concept undertakes no obligation to publicly update any forward-looking statement, whether as a result of new information, future events or otherwise, except to the extent required by law. Forward-looking statements are not historical facts, but rather are based on current expectations, estimates, assumptions and projections about the business and future financial results of the medical device industry, and other legal, regulatory and economic developments. We use words such as “anticipates,” “believes,” “plans,” “expects,” “projects,” “future,” “intends,” “may,” “should,” “could,” “estimates,” “predicts,” “potential,” “continue,” “guidance,” and similar expressions which are intended to identify forward-looking statements, although not all forward-looking statements contain these identifying words. Actual results could differ materially from the results contemplated by these forward-looking statements. Material factors that could cause actual results to differ materially from current expectations include, without limitation, the following: the progress of the commercialization, marketing and manufacturing capabilities for the combined company’s products; the number of Venus Concept systems that are sold; the success of the commercial launch of Venus Bliss; the timing or likelihood of regulatory filings and approvals for products; the expected synergies from the merger; and the expected revenue for the combined company. Venus Concept cannot give any assurances that the combined company will achieve its expectations.

The foregoing list of factors is not exhaustive. You should carefully consider the foregoing factors and the other risks and uncertainties that affect the business of Venus Concept described in the “Risk Factors” section contained in the Registration Statement on Form S-4 and the prospectus and definitive proxy statement contained therein for the merger of Restoration Robotics and Venus and described in the “Risk Factors” section of Restoration Robotics Annual Report on Form 10-K for the year ended 2019 filed on March 20, 2019 and as amended on April 29, 2019, the Restoration Robotics’ Quarterly Report on Form 10-Q for the quarter ended June 30, 2019 and, as well as any reports that Venus Concept may filed with the SEC in the future. All forward-looking statements included in this press release are based upon information available to Venus Concept as of the date hereof, and Venus Concept assumes no obligation to update or revise such forward-looking statements to reflect events or circumstances that subsequently occur or of which Venus Concept hereafter becomes aware.